The Emergency Services Training Centre has been home to numerous production companies.

Our secure 4.5 acre facility allows Film and TV production companies the space to create their film sets in a safe and confidential environment complete with meeting rooms, holding areas for extras.

The makeup room and casualty simulation area is well equipped with staff who can assist in the reconstruction of wounds and injuries. The fire house can replicate a blazing building where filming can be conducted in a safe controlled environment. 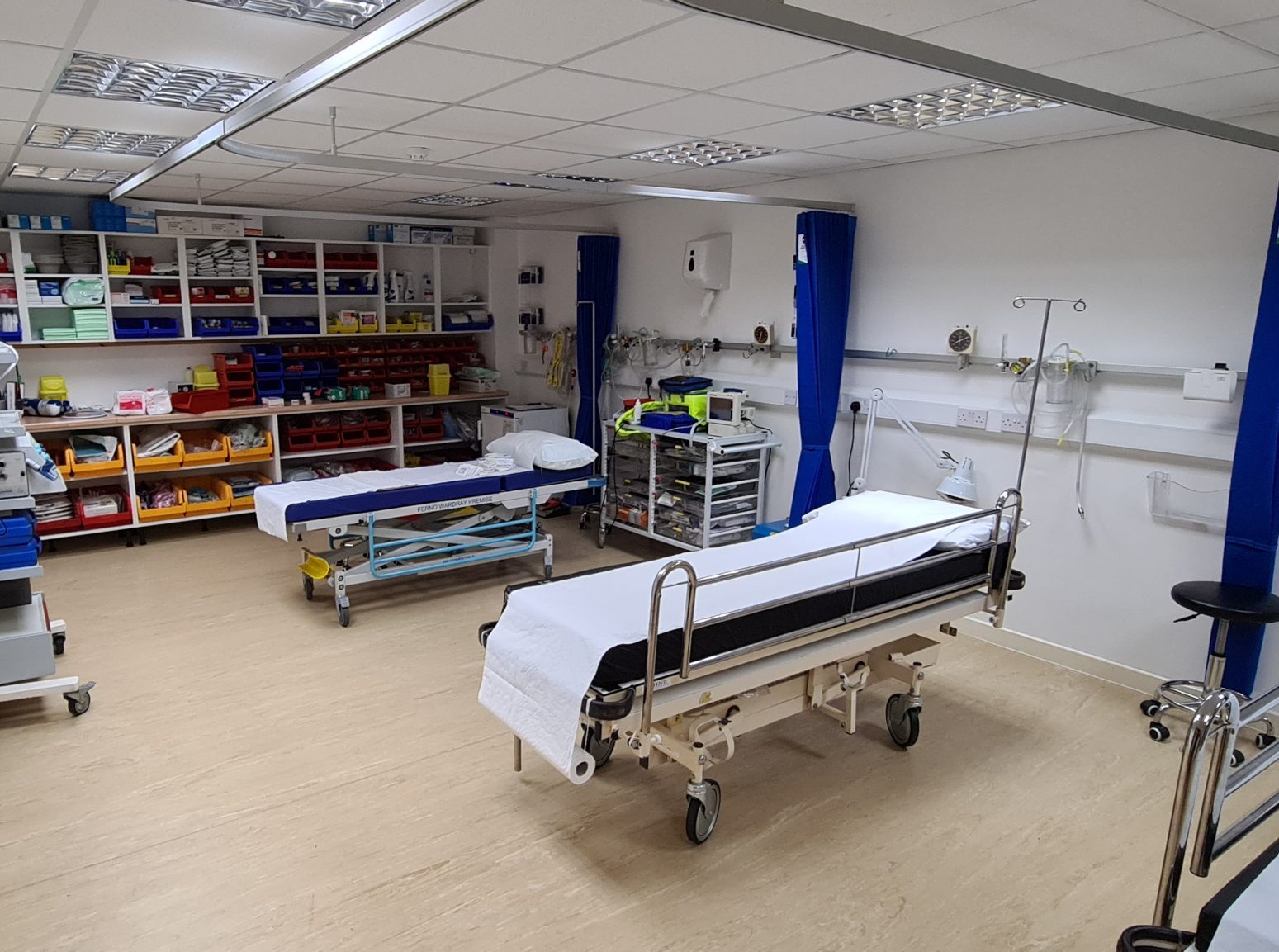 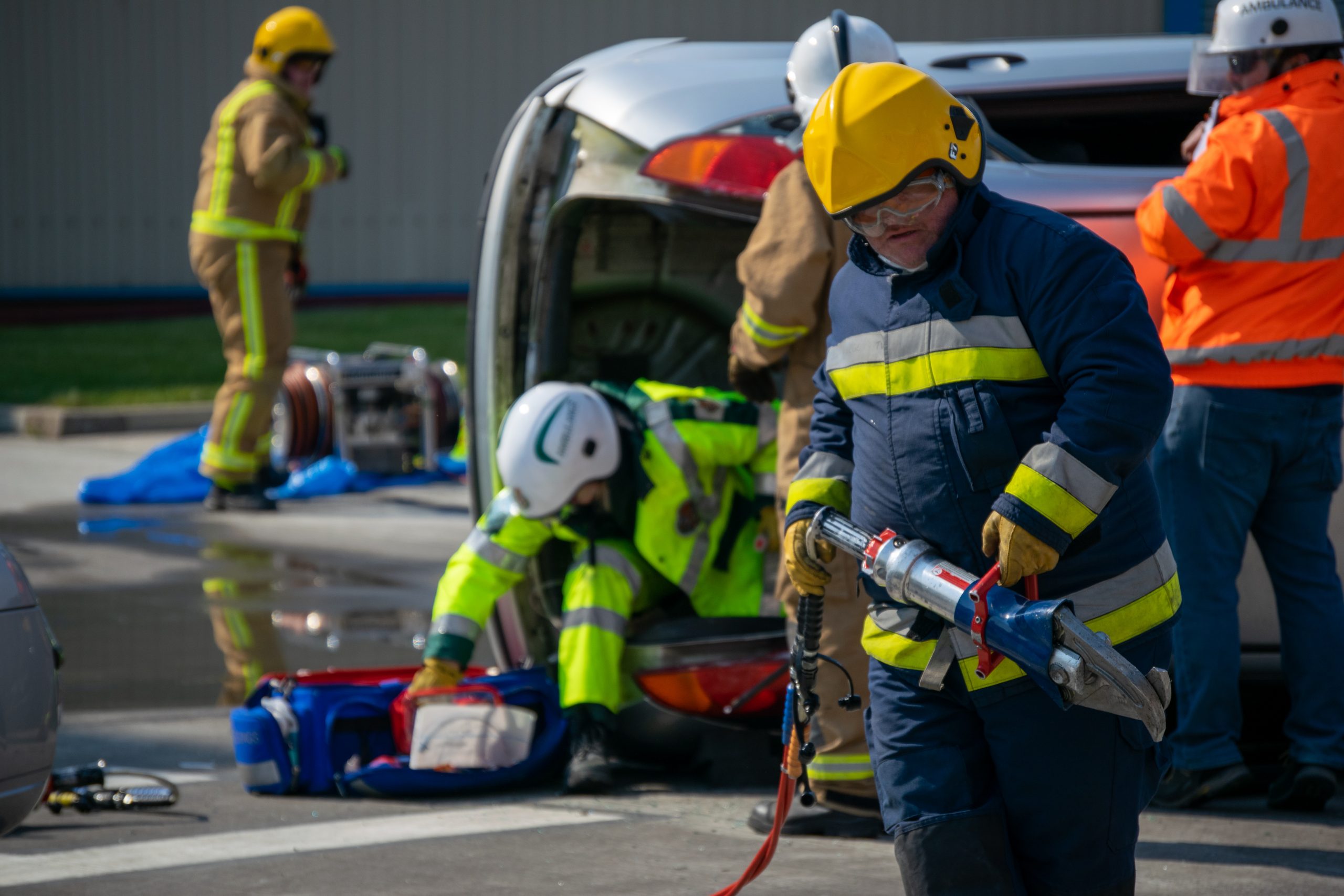 What else can we provide?

We can simulate road traffic collisions including an accident involving our cars/trucks/motorcycles/railway carriages or a multi-casualty motorway pile up.

Our four bedroom ‘Skills House’ is ideal for creating domestic or hotel scenes including blast or fire scenarios.

State of the art pyrotechnics, theatre make up and synthetic smoke machines are all available to add that realism that is usually only found in a genuine emergency situation.

We can provide a team of extra’s for scenes and scenarios if required.

Please contact us for more information, we have a great range of facilities and will most likely be able to suit your requirements.

The Responder has scenes filmed at ESTC, we provided areas for scenes that include our Bistro, A+E, Emergency Vehicles and also supplying our own extras as Fire Fighters who are volunteers for Merseyside Lowland Search and Rescue who are also based with us at the centre. This created a Fire Fighter Training School scenario for ‘The Responder” featuring Martin Freeman, Warren Brown and Adelayo Adedayo.

Urgent response officer Chris Carson has been tasked with working a series of night shifts on his beat in Liverpool. It’s a high pressure, relentless night-time world where his survival now depends on the rookie partner he’s been forced to take on.

Chris has more than the job to worry about, as his personal life has been hit by crisis, and he is morally compromised in his work. As he struggles to keep a grip on his mental health, a path to redemption appears in the form of a young heroin addict.

The Responder is written by Tony Schumacher and produced by Fremantle-backed Dancing Ledge Productions for BBC One and BBC iPlayer. It is directed by Tim Mielants (The Terror; Legion; Peaky Blinders) and produced by Rebecca Ferguson (The Trial of Christine Keeler; Cold Feet; Next of Kin).

Currently on BBC and IPLAYER 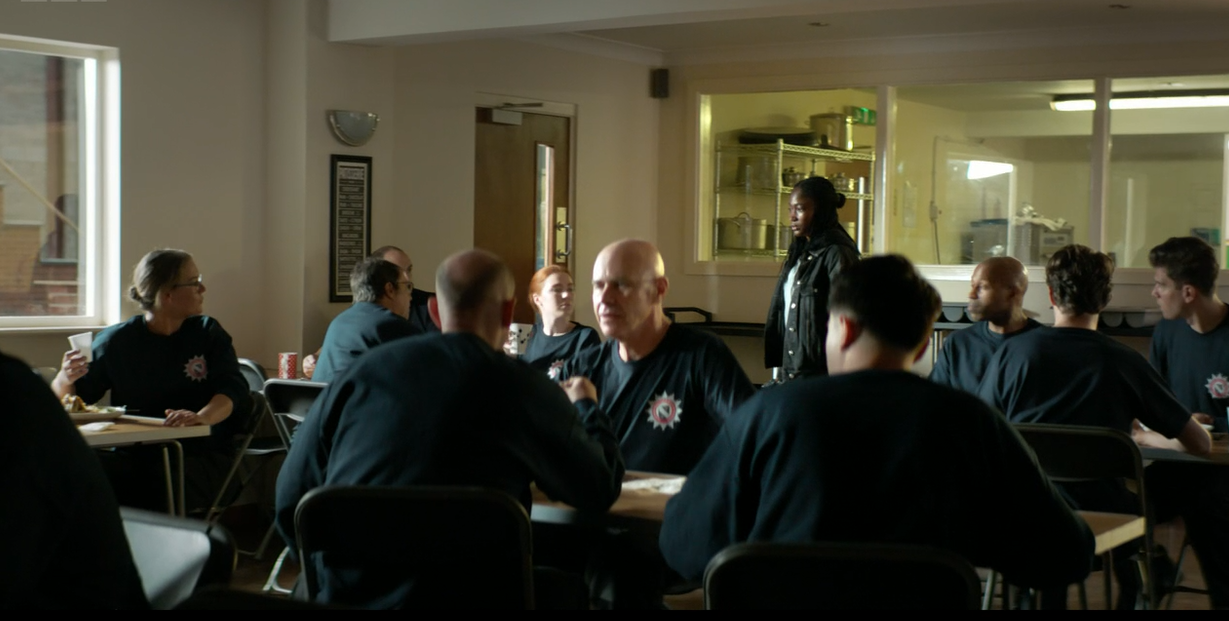 A veteran beat cop and teenage girl fall to their deaths from a tower block in south-east London, leaving a five-year-old boy and rookie police officer Lizzie Griffiths on the roof, only for them to go missing. Detective Sergeant Sarah Collins is drafted in to investigate, working to find Lizzie before she comes to serious harm, but also to uncover the truth behind the grisly tower block deaths.

Channels 4’s hit soap ‘Hollyoaks’ has and continues to utilise our facilities for various filming opportunities such as our A+E trauma unit, bistro and emergency services experise

The four-part thriller is written by Sarah Deane (Moving On, Clink) and directed by Noreen Kershaw (Call the Midwife, Pitching In, Our Girl). The cast is led by Leanne Best (Young Wallander, Cold Feet), a paramedic who develops a gambling addiction while attempting to cope with PTSD after a fatal train crash.

This drama is yet to be released

As a child, Evie lost herself in the myths and legends of the sea while her family collapsed around her. A childhood tragedy and an estrangement from her loved ones means Evie must find her way in the world on her own….now the demons of her past have come to reclaim her.

Directors Dominic BruntJamie Lundy utilised our A+E facility as their Hospital for scenes in Evie.

This film is yet to be released

Over three months, BBC were given unique access to some of the new recruits being assessed in Cheshire, as they train to use firearms.

Little Boy Blue aired in four sixty-minute episodes. Filming took place in Liverpool but the murder scene itself was filmed outside Liverpool as a sign of respect for his parents. However locations used in Liverpool include the Anglican Cathedral, Liverpool Crown Court and Emergency Services Training Centre 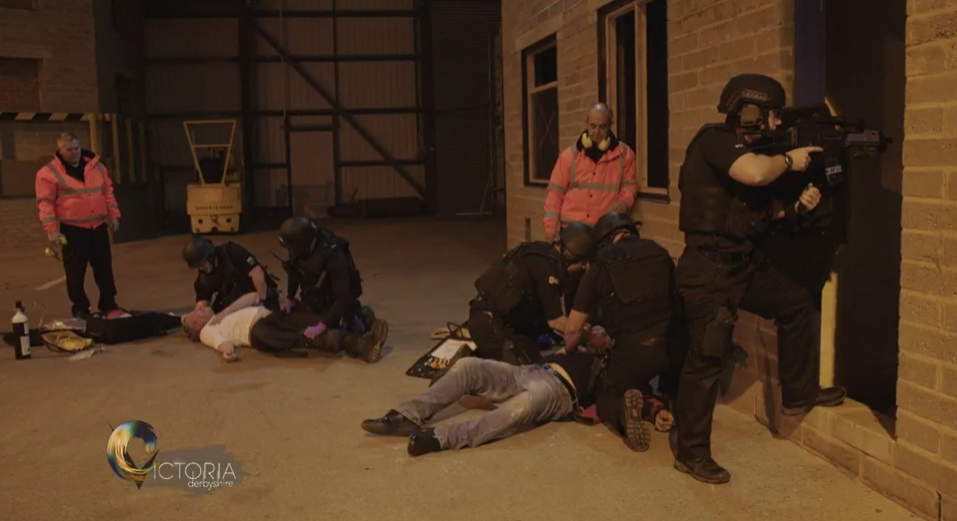 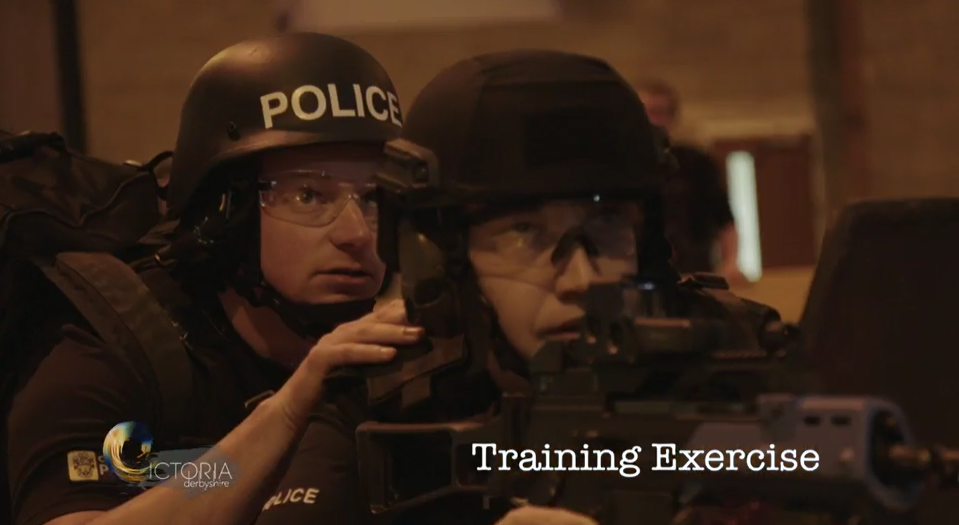 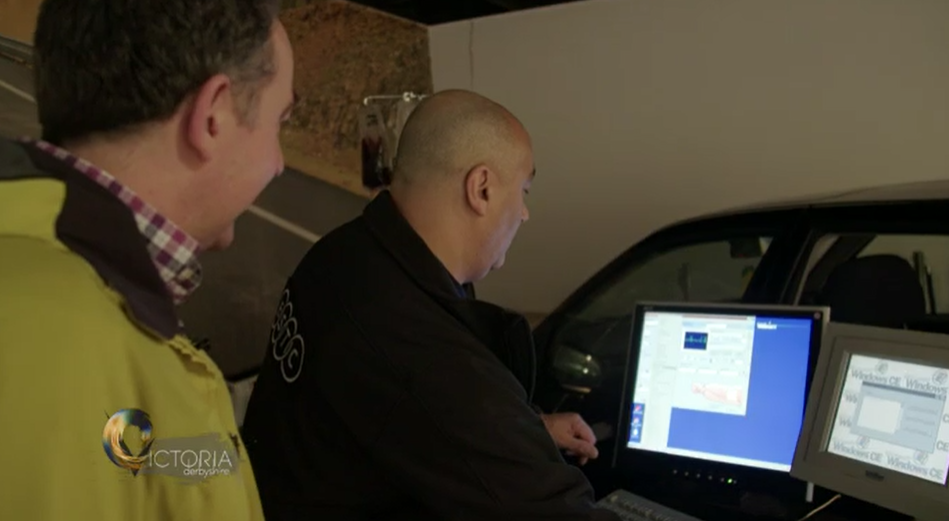 The programme concentrated on the Pompeii Worm. The worm has the ability to withstand extremely hot environments due to its bacterial coating.

The task was see if a human could withstand a similar environment. Andy Torbet was placed in a purpose built pod which engulfed his body in flames to simulate the pompeii worm’s environment.

Reconstruction of PC Blakelock’s death during the Broadwater Farm Riots

In 1985, PC Keith Blakelock was stabbed in the Broadwater Farm riots in Tottenham, north London. Despite numerous investigations no-one has ever been convicted of his murder.

Although Peaky Blinders was not utilised for scenes, the production company utilised our grounds for the crew, vehicles, food and makeup whilst filming in the local area.

As with similar true crime documentaries, Crimes That Shook Australia explores some of Australia’s most famous crimes, and details “the events leading up to the crime, the crime itself and its enduring effect on the national consciousness” through interviews, reconstructions and archival footage. 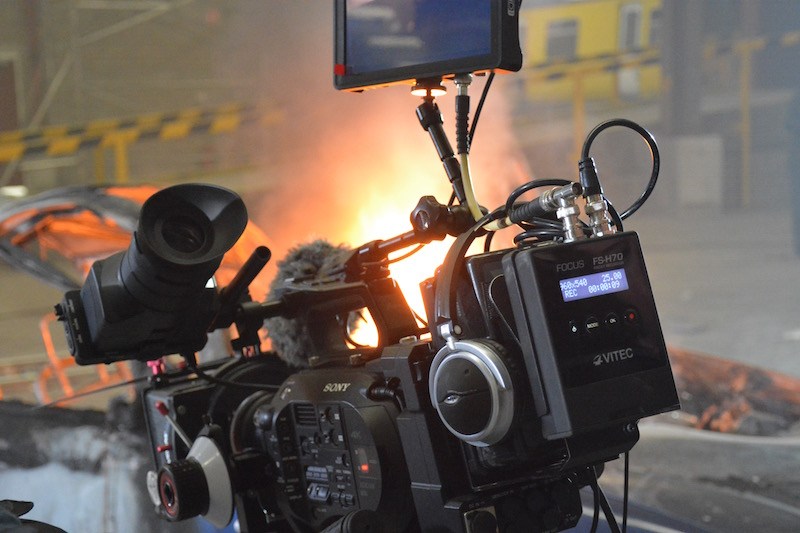 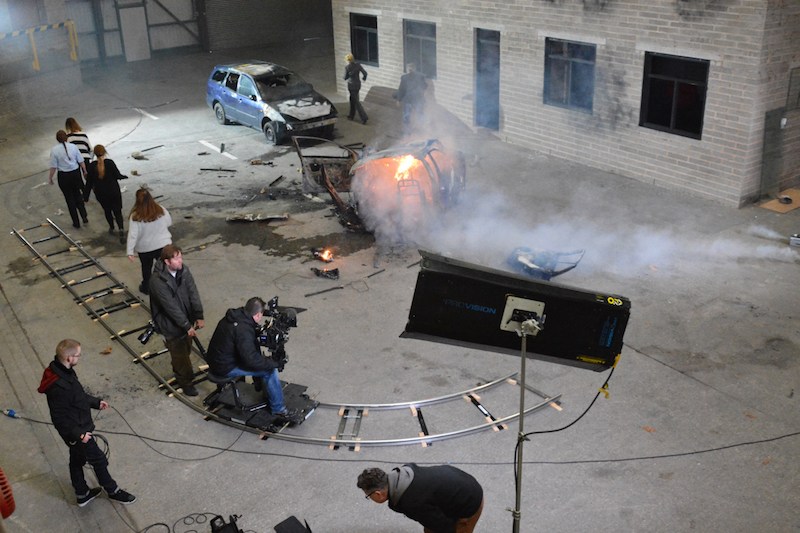 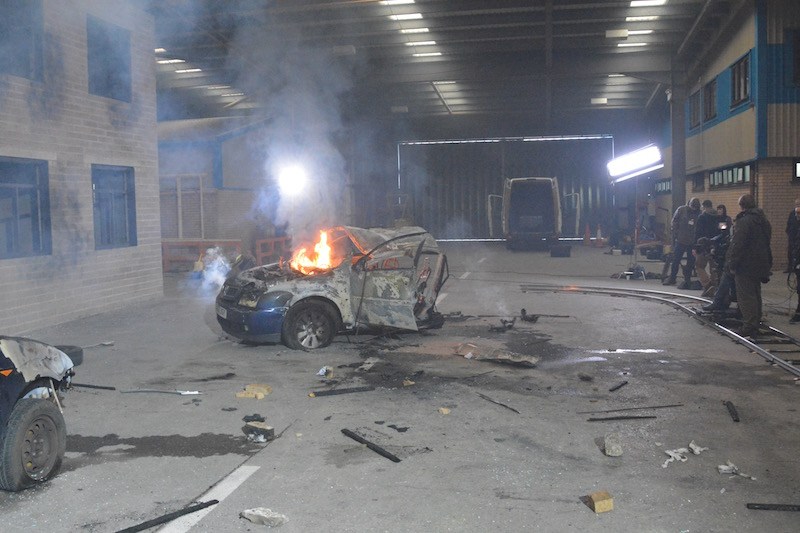 enquire to use
our facilities

We use cookies to ensure that we give you the best experience on our website. If you continue to use this site we will assume that you are happy with it.OK